Home Health Hiccups – What Causes Hiccups? What Are the Home Remedies of Hiccups?
Health
June 27, 2018

Hiccups – What Causes Hiccups? What Are the Home Remedies of Hiccups? 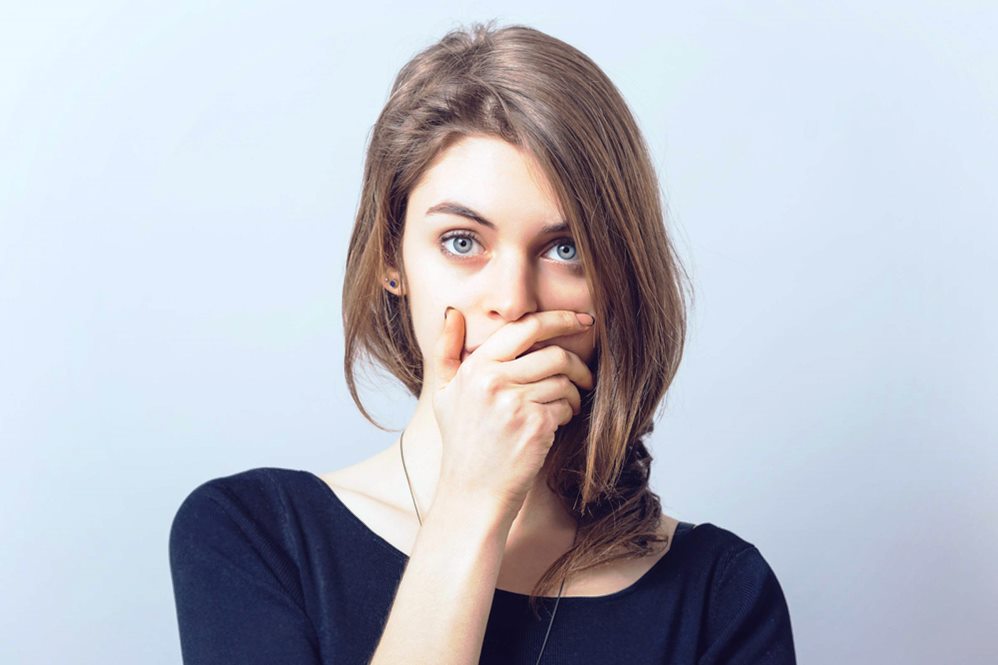 Hiccup!!! Hiccups are so funny when it happens to someone else, right. However, when hiccups strike us, we simply want to get rid of them as soon as possible! There are so many funny instances, anecdotes, stories build just around hiccups. Interestingly, there is an Indian movie wherein the central character suffers from Tourette syndrome and one of her symptoms is hiccups. So what are hiccups?

Hiccups refer to a condition wherein the diaphragm muscle contracts involuntarily but repeatedly. There is an opening between a person’s vocal chords. When this opening shuts while checking the air inflow, the hiccup sound is caused.

Interesting Fact: Hiccups are also referred to as Singultus. It is a Latin word and it means to catch the breath while crying.

So, you are not able to fathom the reason why hiccups are troubling you and that too suddenly amid a very interesting conversation that you are a part of? Read about them and know more.

If you have a habit of eating food quickly between office breaks or before running errands, then this might be the reason for your hiccups.

Not only eating quickly but eating too much can cause hiccups as well. So, avoid being a glutton at unlimited pizza party this weekend.

Yep, that ‘drinks on me’ by your friend might have caused you hiccups as you were not able to stop at one.

Gulping down your favorite carbonated drink might have led to this bout of your hiccups.

What? Can Smoking cause hiccups? Yes, it seems that all things sinful can result in hiccups

So, today you exhaled more than you inhaled the fresh oxygen in a bid to get rid of accumulated toxins. You never know, this benign act of yours might be the reason for your continual hiccups.

When you eat or drink something extremely hot or cold, it can lead to hiccups as it changes the temperature of your body.

Your emotional side could have resulted in an attack by hiccups. Hiccups are even caused when one is very excited or even stressed. Anxiety issues or fear of something too can lead to hiccups as well.

At times, hiccups are a result of diseases irritating the nerves controlling diaphragm, due to strokes, tumor or even surgery.

With rising levels of pollution, people have been suffering from the problem of accidentally inhaling certain fumes and this might be the reason for frequent bouts of hiccups.

How to Get Rid of Hiccups Quickly?

Here are some home remedies to take care of bouts of hiccups. However, it is not necessary that these would definitely work. This is because it is difficult to cure hiccups without the definite knowledge of their causes. There are so many crazy ways that people use to get rid of hiccups. Every person will tell you something different that he or she did and the hiccups actually stopped. In fact, what I think is that doing something crazy is a sure-shot way to relieve the bouts of hiccups.

Shortage of carbon dioxide in your body is one of the reasons for hiccup-bout. So, increasing the levels helps to a certain extent. You can hold your breath for around 10 seconds and then release. Doing this continually might help relieve the bout.

Hiccups are related to the diaphragm. So, quickly drink a glass of regular or cold water to stop the hiccups. Alternatively, place a glass of water with a straw inserted in it on the floor. Stand erect but just bend your knees to make your mouth reach the straw. Drink water in this position but carefully. This is one of the good tricks to relieve hiccups.

So, hiccups are troubling you a lot and there’s a meeting in an hour. To cure them, take a spoonful of honey and mix it with an equal quantity of castor oil. To consume this mix, you need to use your fingers. Yes, you need to lick this mix and not just once but for a couple of times. Do tell us, whether this helped.

Whether or not you are fond of lemon, biting on it might help cure the hiccups. You can even have a spoonful of lemon juice. I talked to aunties and grannies in the neighborhood, but I was not able to get the reason why the lemon works for the hiccup.

Take some regular water and gargle for a couple of times. It is believed that gargling relieves hiccups. Some people even responded saying that gargling with ice water is a better option to stop the hiccups.

Smell some salt, any type of salt that you have. Even this can cure hiccups. Yes, this sounded absurd but people say it helps.

If you come across sour foods during a bout of a hiccup, you can chew them to say goodbye to hiccups. Sour foods like olive work quite well in such cases. Even vinegar is an alternative. Take a spoonful with a glass of water. The taste is so pungent that you completely forget about something like hiccups troubling you.

If you cannot scare the hiccups with cold water or sour foods, bribe them with sugar. It is believed that when one swallows sugar, it stimulates the nerves. And eventually, one forgets about the hiccups. There’s a knack to take sugar to stop the hiccups effectively. For this, you need a teaspoon of sugar which needs to be kept in the mouth for around 5 seconds. Do not chew the sugar but let it dissolve on its own. Post this, sip some water.

If it is your favorite, then what are you waiting for? Christmas, eh? The reason something like peanut butter works is the consistency. This gooey stuff intrudes the breathing pattern when you gulp it down. And eventually, Ms. Hiccup is a thing of past.

If you are in a hurry and cannot do anything mentioned above, just rush to the refrigerator. Hunt for the ice cubes and chew them. You can even apply ice cubes on the sides of the neck to get rid of nasty hiccups.

Try to swallow powdered cocoa or chocolate drink powder. It is quite difficult to do it. But, difficult things seem to work with hiccups, don’t they?

A Note of Caution

However funny they might seem, hiccups could signal an underlying medical condition. At times, hiccups can also be the reason for respiratory disorders, gastrointestinal ailments, ulcers or malaria. If your hiccups do not go away in a short period of time but persist for more than a day or two, you need to call a doctor and make an appointment.

Your hiccups should not interrupt your sleep or food habits. Meet an ENT specialist for persisting bouts of hiccups. To cure hiccups, doctors even prescribe medicines at times.

Urvashi Tulsiyan loves writing blogs, poetries, articles and even a diary for her two year old daughter. She has several advertisements, websites, brochures, blogs to her credit. She cherishes the time that she spends reading and cooking. Her posts are easy to relate with as they are written from her own experiences.

This site uses Akismet to reduce spam. Learn how your comment data is processed.

7 Free Souvenir Ideas to Bring From Your Holidays

How to Make Most of the Last Time Together

Eco-Friendly and Inexpensive Modern Age Birthday Gifts for Your Kids

How Dancing Benefits you Emotionally

At last, her husband had to scold her for stuffing her travel bag with souvenirs. But the thing is that…

A few years ago, a Facebook friend updated her status, “If only I knew last time was indeed the last…

Birthdays have always remained the most important occasion of nearly everyone’s lives. We want to make the most of this…

“So where are you headed to, this summers?” asked my cousin. “Bali, the paradise” I quipped. “Ahaan, let me know…

I had a huge crush on hair brushes while growing up and whenever I visited some family friend’s house, I…

17 Tried and Tested Home Remedies for Common Cold and Cough

8 Things to Keep in Mind While Holidaying with a Toddler

7 Whole Grains to Add Your Diet for Good Health