Home Health 10 Surprising Benefits of Psyllium Husk (Isabgol) that You Are Not Aware of
Health
February 20, 2018 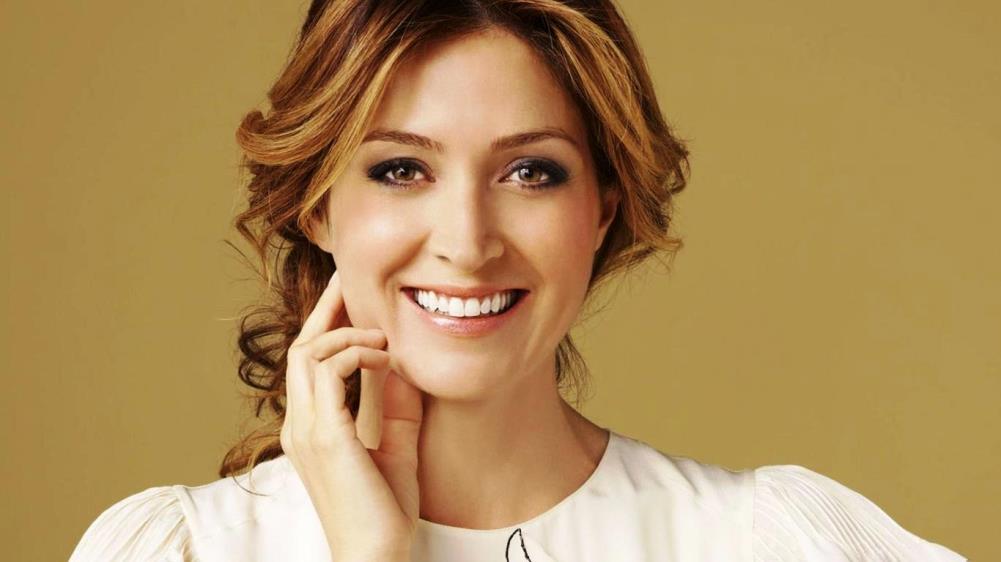 Last you heard of Psyllium Husk aka Isabgol, it was a simple food laden with lots of fiber to help one cure for constipation. If you are still of the old opinion about Psyllium Husk, it is time to take stock of this new food on the block. Let’s know more about this humble dietary supplement that is making heads turn with its super benefits.

What is Psyllium Husk all About?

Psyllium Husk is basically a fibrous food. All those people who do not consume enough fiber in their daily diet, Psyllium Husk act as a blessing. Hence, it is popularly used to relieve constipation. However, there is much more to it. Psyllium is easily soluble in water. It absorbs water to an extent that it becomes a thick gel. It is better than laxative as it natural and gentle at the same time.

How Does Psyllium Husk Work?

Psyllium Husk is a natural cleanser of the intestines. When consumed, it accumulates in the colon. While exiting through the intestines of the human body, it takes along all the waste with it that had amassed over a period of time. This keeps the digestive system working.

Let’s take a look on the benefits of Psyllium Husk and how can it help in our day to day life.

If you are looking for a good source of fiber, then Psyllium husk fits the bill. You might have noticed that when people are on high protein diets, they are not able to consume whole cereals and fruits as well. This makes their body low on dietary fiber, one of the important requirements to stay healthy. Psyllium Husk is perfect in such cases. Just a small amount of Psyllium husk is enough to up the amount of dietary fiber in your diet. At times, people are not able to balance their diets and hence, consuming Psyllium husk helps by adding soluble fiber. The caution, however, is to limit the consumption and do not depend on it completely.

This is a well-known fact that Psyllium husk doubles up as a laxative. It helps relieve constipation owing to lifestyle diseases and other reasons. Psyllium husk helps in absorbing water and increasing the size of stools. It even escalates the moisture in the stools. Without any doubt, Psyllium husk is better than laxatives as it is natural. It is even better than wheat bran as well when it comes to clearing the intestine. People suffering from chronic constipation have found relief through consumption of Psyllium Husk. Regular consumption even promotes regularity. Choose between different forms of Psyllium husk available or opt for products that have been fortified with Psyllium husk like breakfast cereals or bakery goods.

This comes as a total surprise. A product that helps cure constipation can also relieve diarrhea is a disbelief for many. However, Psyllium husk has proved its mettle in both the areas. As Psyllium husk has the power to absorb water, it helps in increasing the thickness of the stool. Many people suffer from diarrhea as they are lactose intolerant. Psyllium husk helps such people by reducing the frequency of bowel movements. 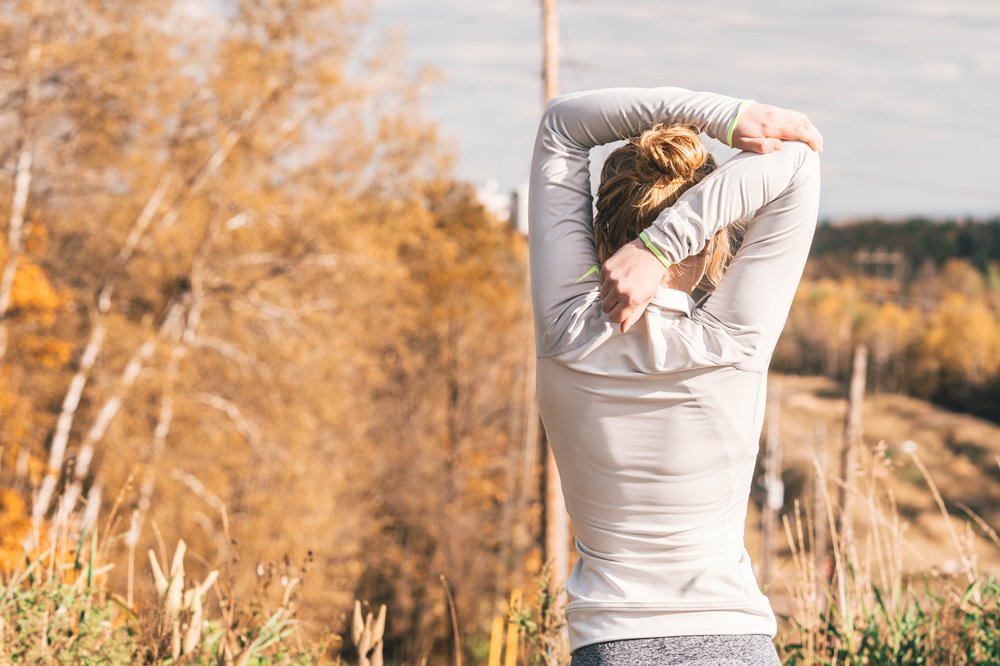 Psyllium Husk is a source of natural fiber. It has the ability to control appetite in people who are trying to reduce their weight. Consuming Psyllium husk before meals make people on diet feeling full for a longer period. This ultimately beats hunger pangs and unhealthy snacking as well. For better results, take it around half an hour before consuming a heavy meal. Pair it up with a glass of water. This helps the Psyllium husk to expand owing to its water absorbing properties. You will eat less during the meal. As a result, it shrinks the size of your tummy. Eventually, you will consume less food. Yet, there is no direct relation between consumption of Psyllium husk and weight loss.

People who suffer from high levels of sugar in the blood should take the help of Psyllium husk under the guidance of a healthcare expert. This is because people suffering from high blood sugar need to intake a diet that is rich in fiber. They can either do this by consuming whole cereals and fruits or depending on other natural sources like Psyllium husk. Consumption of soluble fibers helps in reducing rising levels of glucose in the blood. While most of the carbohydrates break down into sugar molecules, fiber does not even though being a carbohydrate. Dietary fiber passes through your system and maintains the required blood sugar levels. This helps control the condition of diabetes. What more, it even keeps you satiated for long. People have even found that it helps in reducing insulin as well. It is recommended to consume Psyllium husk with other meals rather in isolation.

Prebiotic Foods are quite good for health. They are responsible for the growth of good bacteria present in the large intestine. This helps in strengthening the immune system. And interestingly, Psyllium Husk is known to have the same effect. While prebiotic foods are those that can be fermented, Psyllium husk cannot be fermented easily. When consumed, it ferments gradually to produce the same effect as a prebiotic. The slow fermentation of Psyllium husk even helps in reducing the production of gas and other similar symptoms. Experts maintain that when Psyllium husk is consumed in a combination of probiotic food, it helps treat ulcerative colitis and Crohn’s disease in patients.

Psyllium Husk is categorized as a functional fiber rather than a dietary one. This is because it is not consumed directly but added to your diet. Being soluble in water, Psyllium husk helps in reducing blood triglycerides. As it even helps manage cholesterol levels and reduce blood pressure, Psyllium husk is linked with good heart health. Further, when Psyllium husk is added to the diet of people suffering from heart ailments, it helps strengthen muscles of the heart and even improve lipid levels. This helps in keeping cardiovascular diseases at bay.

Psyllium Husk is also helpful in flushing out toxins from your body. The ability of Psyllium husk to absorb the toxic fluids present in the digestive system is quite helpful. When it exits the body, the toxins are flushed out automatically. The toxins enter our system through some foods. If left unattended, they are absorbed in your bloodstream and result in ailments. For this, you need to consume Psyllium husk along with a glass of tepid water. When the toxins are flushed out, your skin starts glowing as well.

A Word of Caution: Side Effects

Psyllium Husk is not suitable for all bodies. People have experienced problems with its consumption.

1. Bloating or even increased flatulence
2. Lead to stomach cramps or cause gas
3. Result in obstructions in the gastrointestinal tract
4. Choke in throat if you have difficulty in swallowing
5. Cause allergies in people who are intolerant

You need to consult your health expert or doctor before consuming Psyllium husk. The dosage and requirement need to be moderated. It is advised that Psyllium husk is consumed with liquid or any form of water for added benefits and prevention of problems.

Do you find this article hellpful? Share your views in the comments.

Urvashi Tulsiyan loves writing blogs, poetries, articles and even a diary for her two year old daughter. She has several advertisements, websites, brochures, blogs to her credit. She cherishes the time that she spends reading and cooking. Her posts are easy to relate with as they are written from her own experiences.

This site uses Akismet to reduce spam. Learn how your comment data is processed.

7 Free Souvenir Ideas to Bring From Your Holidays

How to Make Most of the Last Time Together

Eco-Friendly and Inexpensive Modern Age Birthday Gifts for Your Kids

How Dancing Benefits you Emotionally

At last, her husband had to scold her for stuffing her travel bag with souvenirs. But the thing is that…

A few years ago, a Facebook friend updated her status, “If only I knew last time was indeed the last…

Birthdays have always remained the most important occasion of nearly everyone’s lives. We want to make the most of this…

“So where are you headed to, this summers?” asked my cousin. “Bali, the paradise” I quipped. “Ahaan, let me know…

I had a huge crush on hair brushes while growing up and whenever I visited some family friend’s house, I…

17 Tried and Tested Home Remedies for Common Cold and Cough

12 Healthy Snacks You’ll Love to Eat at Your Office

How Mothers Can Inspire Kids to Eat Healthy?

10 Things to Do For a Better Life – Disconnect Internet, Reconnect Happiness